Polish audio-visual artists Andrzej Wojtas (Jendrek) and Ewelina Aleksandrowicz (Tikul) a.k.a. Pussykrew have been collaborating on a diversity of projects in areas such as video-installations, projection mapping, DIY electronics, live coding and live audio-visual performances since 2008.

In their unconventional work, Pussykrew rely on a mix of striking visuals and minimalistic sounds, in order to challenge their audience to re-think their understanding of the connection between space, sound and visual perception.

Amongst others, their projects have been featured at this years’ Transmediale in Berlin, as well as London’s Saatchi Gallery, as part of the Red Never Follows Exhibition. 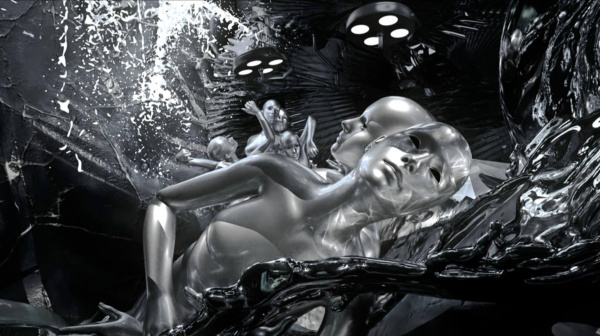